How To Use Harmonic Mixing To Be Awesome

How To Use Harmonic Mixing To Be Awesome 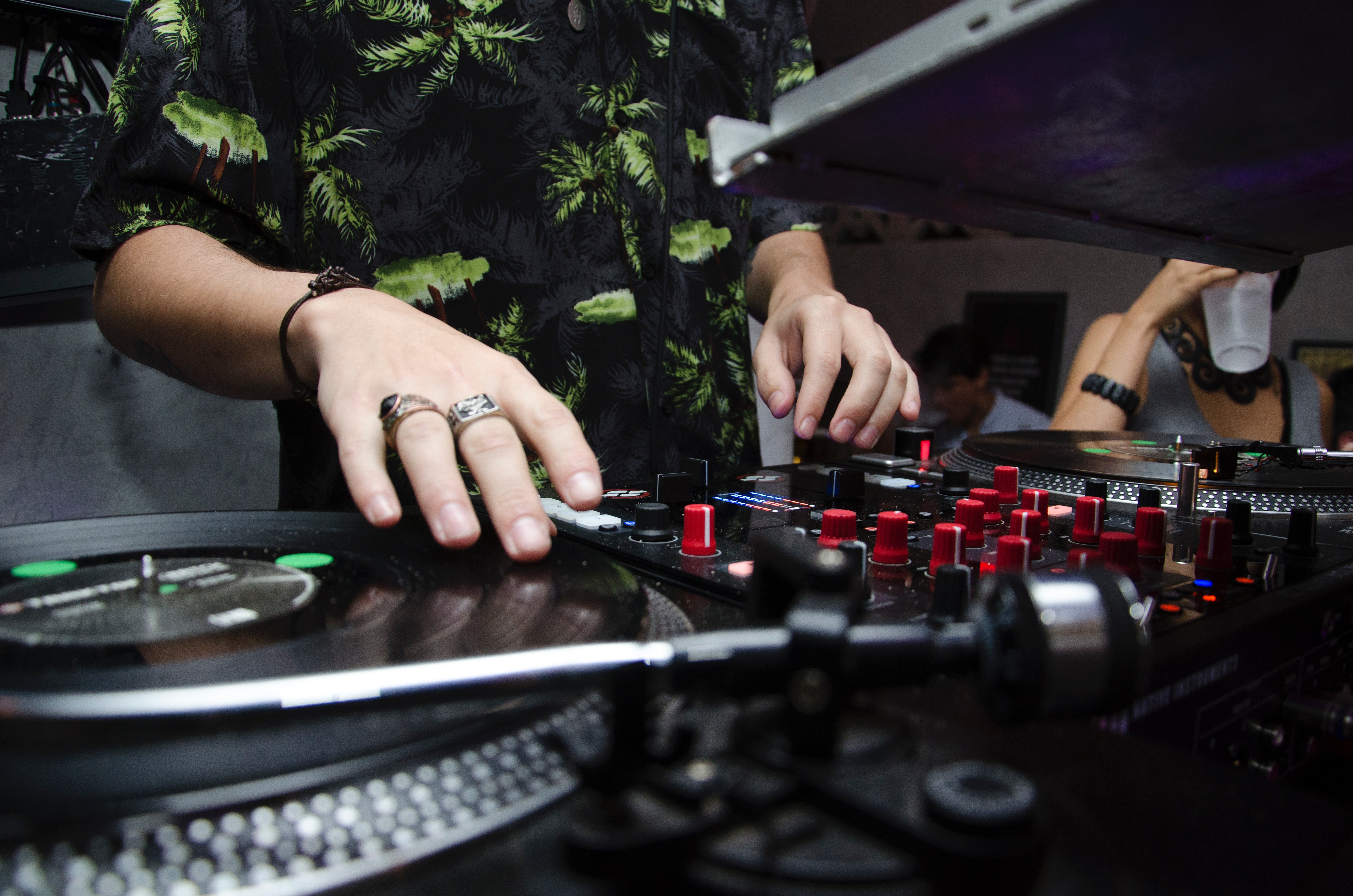 Are you ever on a festival or in a club and you hear another DJ play so well it sounds like his entire set is just one song? Like besides his beatmatching, his tracks just totally blend together? In this article I’m going to explain to you how you can do this yourself!

Years and years of practise, or…?

In my previous blog I advised you to label your tracks by key. It’s not just that it looks good, it is in my opinion the best way to label your tracks other than genre. If your tracks are all labelled by key, you can just mix live on stage on and on, and with a little practise you can make your mixes sound great, because your transitions become really smooth.
I’ll explain what the key means.

What is a key?

Whenever you have a track that is produced in, for example G Major, it means that only the notes from G Major (G, A, B, C, D, E, F♯) are used in that specific track. Every key has a different variation of notes. In G Major there is an F#, there isn’t one in D Minor (D, E, F, G, A, B♭, C). Those two scale’s have two different notes in them. Gmaj has an F♯ and a regular B. But Dmin has a regular F but an B♭ in it.

Maybe you think this is too hard to understand and now you’re thinking that harmonic mixing isn’t for you. Well, you’re wrong, I’ll tell you why.

What to do now?

Luckily for DJ’s, there is a company who invented a way to make this a whole lot easier for us. “Mixed in key” is a software product that reads out your Mp3’s or Wav’s so you can see which key the track is in. They’ve made it even easier because they used the Wheel of Camelot, this is like the Circle of Fifths, but way more handy and easy to use while you’re playing live!

How does this work? 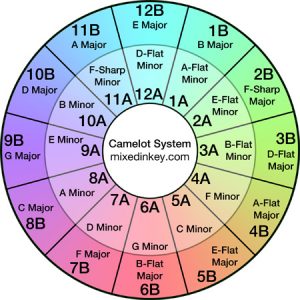 The idea of the “Wheel of Camelot” is very simple. It shows you the key of your track with the key itself, but also a colour and another number. For example: D♭ Minor (D-flat Minor) is on twelve o’clock. The colour of that box is light blue and the number is 12A. Of course while you’re playing you can switch between keys, otherwise it would be a very monotone set and that is not what you want. The rule is: if you’re in 12A, you can switch between A and B, or go +1 or -1. So that gives you four options for your next track; 12A, 12B, 1A of 11A. When you’re using software like Rekordbox, you can, besides the numbers, also label the colours to your tracks.

In my previous blog I’ve already posted this tutorial. This video gives you some great examples and tips of harmonic mixing with the ‘Mixed in Key’ software.

What is it good for?

Like I said in the beginning of this article, some DJ’s have their tracks really blend togheter. It all sounds like one big song because the transitions are barely hearable. This is because of two reasons. One is beatmatching, this needs to be on point. The second reason is harmonic mixing. If you can master those two things with a little practise, your mixes will sound great.

Good luck and have fun!